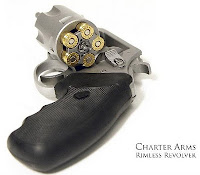 I'm coming on a caliber year.

My friend Tom coined the term "caliber year" year. A caliber is the width of the internal diameter of a gun barrel (in inches). Guns are generally designed in a limited number of measures. I can't recite them all off the top of my head but some are: .22, .36, .38, .40, .44 and .50. So when your age is .22, .40, etc., it is a claiber year.
I used to own a .22 rifle as a bonus in a housing move but the cops took it away because it wasn't registered. Too bad, because that house was about a mile via three turns off the gravel road and sometimes coyotes and cougars would do battle around the house in the middle of the night. So I would walk out of the house, shoot the .22 across the corn or soy field, depending on the year. The field was about 20 acres, which was key since .22s have a long range & I didn't want to hurt anyone -- just run off the coyotes and cougars.
Anyway, back to the caliber years -- my .38 SUCKED. No ability to hit a target steadily unless that target moved. I hope my .40 has better aim -- it's less than 6 months away. I'd better start practicing.

Labels: birthdays, i am such a nerd, me, randommess, weapons

BestHome Construction - is a leading development company, operating in the real estate market of Alanya since 2004. Starting as a real estate agency, since 2008 the main objective of the company has been construction and selling ready-to-move-in residences with the best locations possible in Alanya.